On Wednesday last, September 12th, the now annual Cycle Against Suicide Ambassador Schools’ Awards ceremony was held at the honourable society of King’s Inns, Dublin. These awards recognised the immense efforts of 99 schools around the island of Ireland who have completed the Ambassador Schools’ Programme, and became actively involved in mental health promotion. The Ambassador Schools’ Programme is one aspect of a wide range of Cycle Against Suicide initiatives and programmes, is school-led, and involves the completion of “Five Gears” over the course of a year, all of which are aimed at raising awareness of the message that “It’s OK not to feel OK; and it’s absolutely OK to ask for help”.

The programme provides a framework for schools to integrate mental health activities into the school plan, and rewards schools who go the extra mile. The programme also aims to recognise innovative and effective initiatives, and facilitates schools to share and showcase good practice.

At the special reception, Ardgillan College was awarded the prestigious status of Ambassador School by Cycle Against Suicide in recognition of their fulfilment of the Five Gears, and their exceptional commitment to the promotion of positive mental health.

Ardgillan was represented at the event by Link Teacher Ms Murray and students Niamh Ryan and Dylan O' Neill, who understandably are very proud of their achievements. The Ambassador Schools’ Awards ceremony was a great day. It’s wonderful to attend such a positive event, and have the efforts of the students recognised. Our participation in the Ambassador Schools’ Programme has had an enormously positive impact on our school community, fostered a school-wide approach to the promotion of positive mental health, and provided incredible opportunities for student leadership.

Minister of State for European Affairs Helen McEntee, Dr. Harry Barry author and mental health expert and Adam Weaver actor and musician presented the awards to students on what was a very positive enjoyable day for all involved. More information on the Ambassador School Programme is available on www.cycleagainstsuicide.com

See the picture of Niamh and Dylan below receiving Ardgillan's award from Minister McEntee. 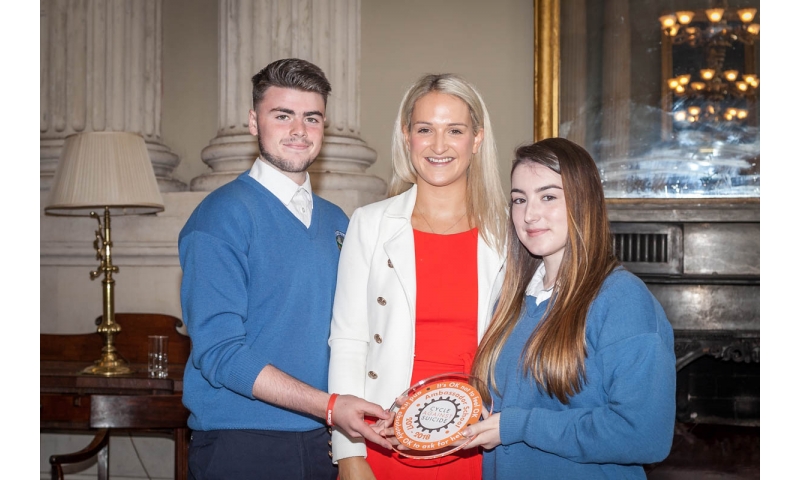 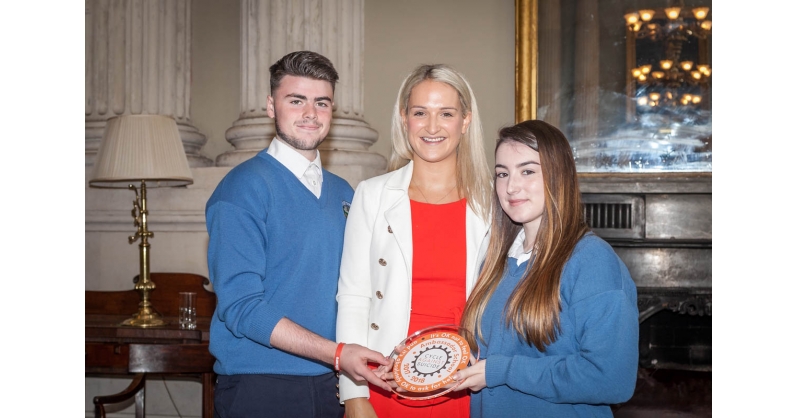